BEDFORD, Mass., July 29, 2020 /PRNewswire/ -- iRobot Corp. (NASDAQ: IRBT), the leader in consumer robots, today expanded its educational product offerings with the launch of the Root® rt0 coding robot, an easy-to-use and customizable coding robot that brings classroom learning into the home. Starting at $129, the Root rt0 is equipped with many of the same features and sensors found on the original Root rt1, giving families more options to find the educational coding robot that best fits their needs and price. To help take creativity to the next level, iRobot also announced the Root® Brick Top, a new Root accessory that is compatible with common building blocks. 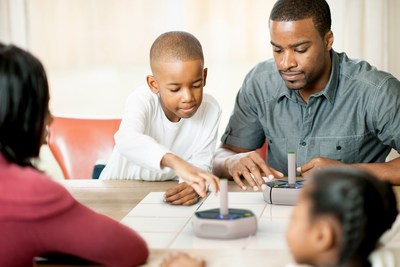 "Coding has become a 21st century skill as fundamental to learning as reading, writing and math," said Colin Angle, chairman and CEO of iRobot. "Our vision is to provide a way for children of any skill-level, from pre-readers to experts, to learn to code. By offering two versions of Root – a lower-cost version for those seeking quality STEM robots at-home, and the original Root for more holistic in-classroom settings – iRobot can make learning to code more accessible to educators, students and parents."

Like its predecessor, the Root rt1, the Root rt0 is a two-wheeled, mobile platform that operates on a flat surface. The robot comes to life – drawing, making music and exploring its surroundings – through coding commands given by the user in the companion iRobot Coding App. The platform offers three different levels of coding language, from simple graphical blocks for young children to full-text coding for more advanced users. Its auto-level converter instantly translates code from one learning level to another, making iRobot Coding easily approachable for beginners, while growing with coders as they gain experience, enabling them to seamlessly "level up" to more advanced programming.

The Root rt0 is a great choice for families who want to put a modern spin on the traditional family game night, or who simply enjoy trying new things and learning new skills together. With a learning library available on the iRobot Education website, the robot comes with hours of lessons, projects, and activities that support both individual and group participation. With Root rt0 you can play fun games like "Guess the Picture" in which players are challenged to investigate pre-made programs, hypothesize what the code will create, and then be the first to guess the robot sketch in action. The Root rt0 is equipped with more than 20 sensors, giving it the ability to drive, draw, detect touch, light up, and play music.

Both the Root rt0 coding robot and the Root Brick Top are currently available for purchase at https://www.irobot.com/root. Photos and information can be found at: http://media.irobot.com/.

iRobot Coding App now available in Google Play Store
In addition to the existing iOS app and web-based apps on Chrome OS, Windows and macOS, a new Android version of the iRobot Coding platform is now available for download through the Google Play Store. The free app enables Root owners to bring their robot to life using three levels of coding language, from graphical coding to hybrid coding, and finally full-text coding. An auto-level converter instantly translates code from one learning level to another, making iRobot Coding easily approachable for beginners, but also challenging enough to keep experienced coders engaged.

About iRobot Corp.
iRobot®, the leading global consumer robot company, designs and builds robots that empower people to do more both inside and outside of the home. iRobot created the home robot cleaning category with the introduction of its Roomba® Robot Vacuum in 2002. Today, iRobot is a global enterprise that has sold more than 30 million robots worldwide. iRobot's product line, including the Roomba and the Braava® family of mopping robots, feature proprietary technologies and advanced concepts in cleaning, mapping and navigation. iRobot engineers are building an ecosystem of robots and technologies to enable the smart home. For more information about iRobot, please visit www.irobot.com.